“Traffic marking” is currently the most widely used traffic safety product in the world for identifying and regulating lanes. “Traffic marking” has many kinds of materials and uses, which can be divided into “paint marking” and “hot-mix resin marking”, and hot-mix resin marking is the most common. At present, most of the hot-mixed marking lines will be mixed with small glass beads during the marking process to reflect the lights of the car at night and improve the road guidance function at night. However, due to the two major problems of hot-mixed markings: “Cannot reflect light on rainy night” and “Insufficient binding force of glass beads and markings”, the reflection attenuation is fast and the ability to provide a good visual environment for driving is poor. Therefore, if it can be used in traffic In addition to the markings, the application of “road reflective road studs (also known as protruding road markings or cats eyes)” can be used to make up for the lack of hot-mix markings, and the overall safety of the highway can be greatly improved. 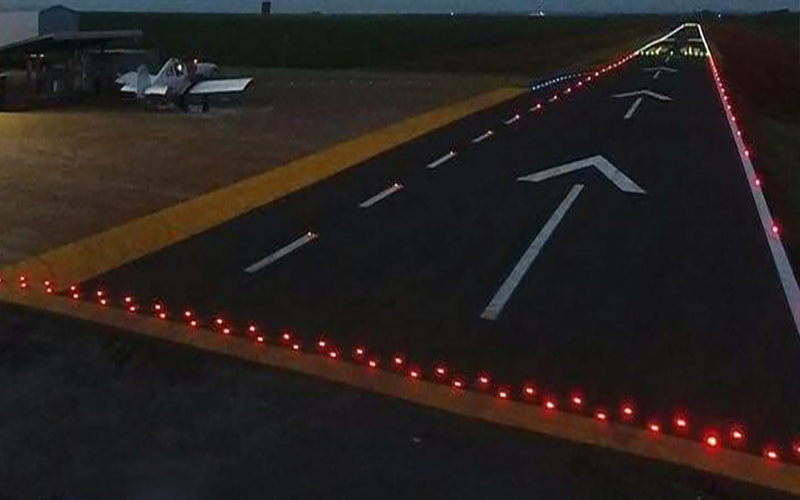 The necessity of road studs

In 1911, American Edward first began to spray white lines on some roads in Michigan, the United States, to standardize driving routes.

“Traffic markings” began to appear formally and were applied to road traffic safety. After decades of development, traffic markings are currently the most widely used traffic markings in the world as “hot-mixed resin markings” (also known as hot-mixed markings). In order to improve the recognizability of hot-mix markings at night, most of the current hot-mix markings are mixed with a certain proportion of small glass beads on the surface to reflect the lights of automobiles and motorcycles and improve their road guidance. Function. However, with the advancement of science and technology, the shortcomings of the solution of “hot-mixed marking lines mixed with small glass beads” have gradually emerged. In 1980, the American traffic safety expert Frank pointed out in a research report: Because rainwater will form a layer of water to cover the reflective beads in the hot-mixed marking, the lights of motor vehicles cannot be reflected by the reflective beads at night when it rains, thus reducing The effect of marking reflective guide. As a result, the product “road reflective road studs” was developed, combined with “hot-mixed marking lines mixed with small glass beads” to improve the night-time reflective ability of hot-mixed markings. In 1982, a traffic safety expert in the United States published an article that pointed out: From 1976 to 1978, the George Asia Department of Transportation installed reflective markers on the center lines of about 700 bends with a curvature of more than 6 degrees in the continent, and achieved very good results: night The accident rate is 22% lower than the daytime accident rate, and the accident rate of a single vehicle (out of the lane, collision with the retaining wall) rate is reduced by 12%. 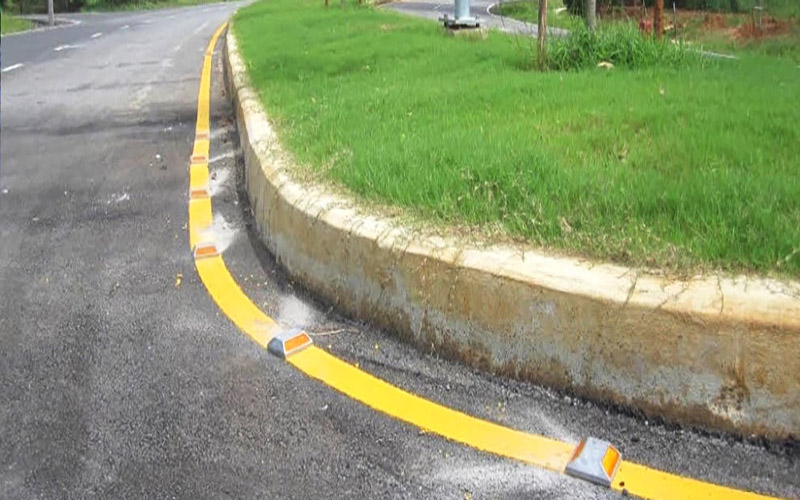 In October 2007, a US Department of Transportation’s “Minimum Reflective Intensity of Hot-mixed Markings to Meet the Visual Requirements of Driving at Night” also put forward the following arguments.

(2) Since most road markings are not trusted (not reflective) in rainy nights, road studs are designed to provide driving safety guidance; because the road studs have a strong reflective effect on rainy nights, they can reduce the minimum of hot-mixed markings. Luminous demand. To

(3) If the road stud is installed, the minimum reflective intensity requirement of the hot-mixed marking line can be reduced by about 45%

(4) The installation of road studs in New York, the United States, reduced the accident rate on rainy nights by nearly 24%.

From the information provided by the above few examples, we can understand: The excellent reflection and assistance of road studs can provide the driver with a longer reaction time and better visual effects when driving at night, and can assist And enhance the guiding function of the markings, and greatly improve the incidence of traffic accidents. Since British Percy Shaw invented “cat’seye” in 1933, Sidney A. Heenan, a traffic safety expert from Simsonite, a world-renowned manufacturer of spikes, improved the early cat’s eye reflector in 1964 and developed a “square plastic”. “Road studs” and replaced the early cat-eye reflectors, becoming the most commonly accepted road studs around the world. 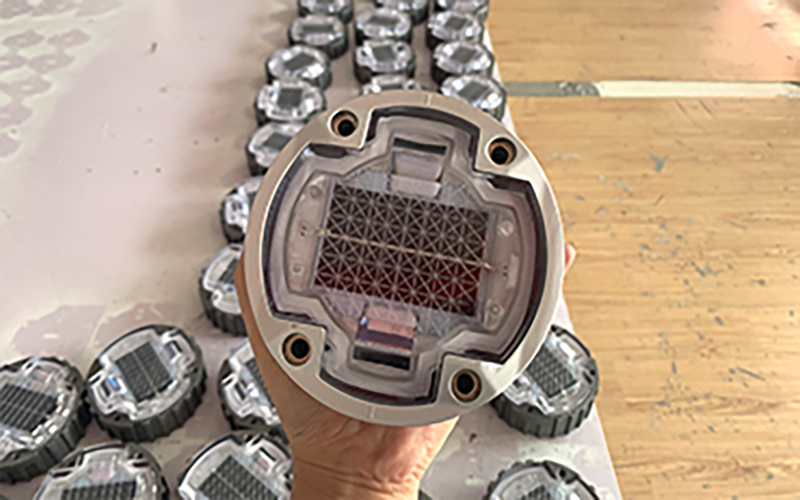 If classified by material, the most common types of road studs in the world can be divided into four types: plastic road studs, aluminum alloy road studs, ceramic road studs and tempered glass road studs. The performances are as follows. Plastic road studs: ABS or PC plastic material for the shell, filled with a mixture of epoxy resin and sand to provide support strength. Common shape, the shape is square, with plastic reflector or glass bead reflector as the reflecting element, it is currently the most common road stud in the world. The shape is tetragonal; the plastic reflector or glass bead reflector is used as the reflecting element.